Health Insurance Keeps 1 in 6 U.S. Workers in Their Jobs - Fabpulse Skip to content 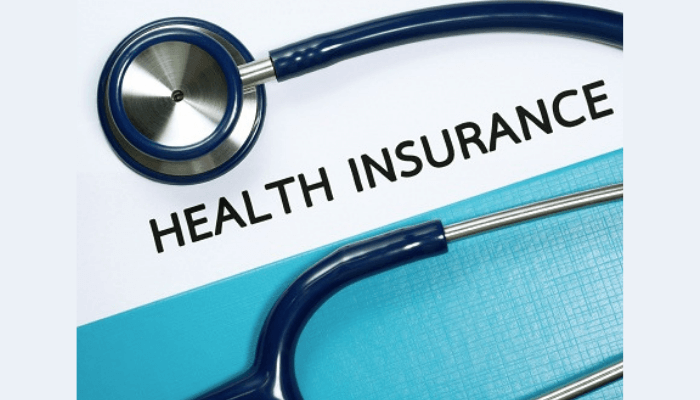 Many American workers remain in jobs they’d rather leave — simply because they don’t want to lose their health insurance, a new Gallup poll reveals.

That’s the situation for 16% of respondents in a nationwide poll of more than 3,800 adults conducted March 15-21.

The fear is strongest among Black workers. Pollsters found they are more likely to keep an unwanted job at 21% than Hispanic respondents (16%) or white respondents (14%).

Workers with annual household incomes below $48,000 are most likely (28%) to stay put in order to keep health benefits, and three times more likely to do so than workers in households making $120,000 or more, according to the joint West Health-Gallup poll.

“Health care costs have become so high that many Americans are unwilling to risk any disruption in their coverage even if that means higher and higher premiums and deductibles and sticking with a job they may not like,” said Tim Lash, chief strategy officer for West Health, a group of nonprofit organizations that aim to lower health care costs.

The poll suggests that 135 million Americans fear they will eventually be priced out of health care, if they haven’t been already.

More than half of respondents said they are “concerned” or “very concerned” that health care services (53%) and prescription drugs (52%) will become unaffordable. More worry about rising health care costs than about losing their home (25%) or job (29%), pollsters found.

Forty-two percent said they’re concerned they wouldn’t be able to pay for a major health problem, including 49% of Hispanic respondents and 47% of Black participants.

“Americans are increasingly concerned that they will get priced out of the U.S. health care system and are struggling to hang on in any way they can,” Lash said in a West Health news release.

Earlier this year, about 46 million people — 18% of the U.S. population — said they could not afford health care if they needed it today.

About three-quarters of respondents favor limiting prescription drug price increases (77%); capping hospital prices in areas with few or no other hospitals (76%), and having the government negotiate lower prices for some high-cost drugs that don’t have lower-priced alternatives (74%). About two-thirds support government limits on prices for out-of-network care.

Respondents with private insurance were as supportive of government intervention as those on public health plans, including Medicare and Medicaid.

“Polling data from West Health and Gallup continue to demonstrate that most Americans are supportive of an elevated government role in curtailing the rising costs of care,” said Dan Witters, a senior researcher for Gallup. “How elected officials respond to this is unfolding, but there seems to be substantive public support for a number of specific proposals that are on the table.”

The margin of error varied from question to question, ranging from 1.3 to 4 percentage points.

“Medical providers are not required to do this; it’s like a mammogram,” said lead author Kimberley Geissler, an associate professor of health policy and management at the University of Massachusetts Amherst. “It’s recommended and it’s good and they should do it, and the questions we were looking at were: Do they do it and how often?”

Tooth decay affects nearly 25% of 2- to 5-year-olds and more than half of 6- to 8-year-olds in the United States, previous studies have shown.

Fluoride varnish helps prevent decay and is recommended by the U.S. Preventive Task Force and the American Academy of Pediatrics for privately insured children. Coverage with no cost-share for families is mandatory under the Affordable Care Act.

But this new analysis of more than 328,000 well-child visits for privately insured 2- to 5-year-olds in Connecticut, Maine, New Hampshire and Rhode Island found that fluoride treatment was done in fewer than 5% of visits between 2016 and 2018.

It was more common among younger kids, with 2-year-olds more likely to get fluoride treatment than a 5-year-old by nearly 8 percentage points, according to findings recently published in the journal JAMA Network Open.

“That’s still really low, but it did go up over time,” Geissler said in a university news release.

She said she wasn’t surprised by the study findings “due to the low rates we’ve seen in Medicaid-covered children, but I was disappointed that it wasn’t higher.”

Previous research found that fewer than 8% of 1- to 5-year-olds covered by Medicaid receive fluoride varnish during health care visits.

“Although increases over time were encouraging, very low rates of fluoride varnish in medical settings suggest substantial expansion of this service in medical settings is critical for improving children’s oral health and overall well-being,” the study authors concluded.