No one saw the defeat coming to the Red devils yesterday, following the clash between them and a Switzerland’s team. Ole Gunnar Solskjaer and his men went to Switzerland for a win or a draw in their first match of the UEFA Champions League campaign.

Even with the likes of Cristiano Ronaldo, Jadon Sancho and other top stars in the team, they were defeated by Young boys by two goals to one. 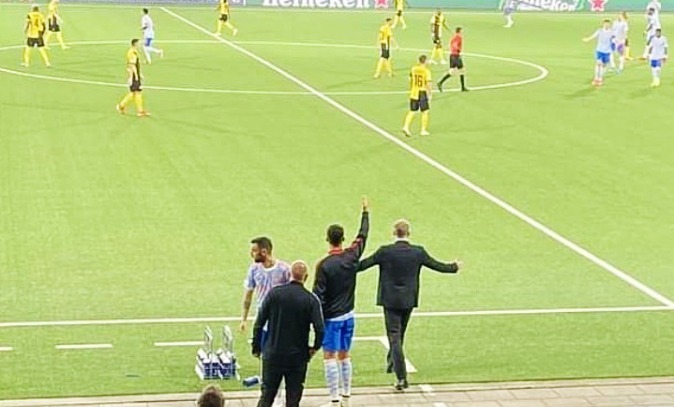 However, Manchester United were reduced to ten men after Aaron Wan Bissaka brutally attacked one of Young boys’ player. The match official who was very close at the scene, immediately brought out a Red card from his pocket and sent him off.

This happened when Manchester United wanted to make it a two nil lead. However, pressure became much on the Red devils which made them draw levels and later lost to their host team.

Paul Pogba, has taken to his official media account to publicize his mood after the defeat to Young boys. His post reads; “Not the rest we wanted, but we’ll bounce back.” 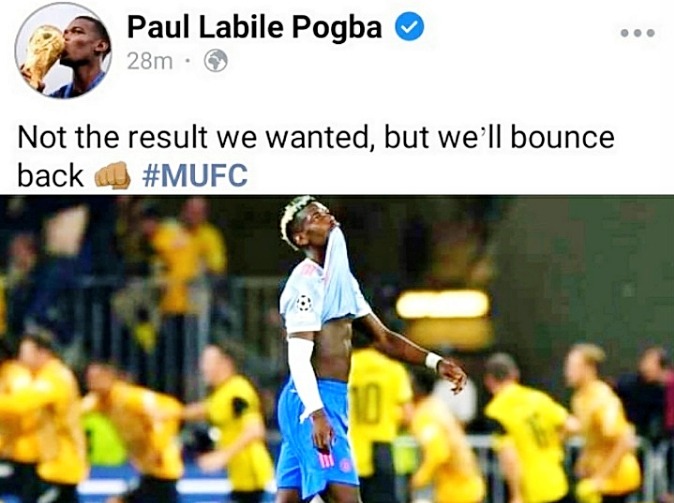 We hope to see all the players bounce back this weekend as Manchester United will be playing West Ham united in the English premier league fixture.