The 10 Best Goalkeepers In The World Right Now, Named And Ranked While some of them may be a bit, shall we say, ‘different’, the right man between the sticks can lift a side over the course of a season.

Whether that’s through a key stop at a vital time or just filling a defensive unit with an extra level of confidence, the last line of defence is key.

Here we pick our top 10 goalkeepers in the world right now. We’ve used a number of stats from last season to quantify our rankings (clean sheets, save percentage, goals against and expected goals against), as well as a player’s overall contribution to the game in recent times.

All stats supplied by FBREF.com are for the 2020/21 domestic season and are correct as of the publish date

Following knee surgery and with a suddenly old and leaky defence in front of him, ter Stegen’s form took a dip from his usual world-class standards in 2020/21, keeping fewer clean sheets than the two previous seasons. Despite that, he marked his 100th clean sheet and 250th for Barcelona. Further surgery in May meant he was left out of Joachim Low’s Germany squad for Euro 2020. The 31-year-old Peter Gulacsi may be reaching the twilight of his career, but that didn’t stop him leading the Bundesliga in clean sheets in 2020/21. It also didn’t prevent him from telling it like it is, “I think if we look at my performances over the last few years, I can say that I’m really among probably the best keepers in Europe.” His journey to the top hasn’t been the smoothest, with loan stops at Hereford United, Tranmere Rovers and Hull City sharpening his skills for his Bundesliga arrival, but he’s making it count now. Possibly overshadowed by the arrival of Lionel Messi, Sergio Ramos and Georginio Wijnaldum, PSG’s best piece of summer business may have been signing the 22-year-old AC Milan goalkeeper Gianluigi Donnarumma for free. Valued at around £60 million, the Italian’s contract expired, allowing him to join Mauricio Pochettino’s side for nothing. Fresh from his Player of the Tournament performance at Euro 2021, the first keeper to win the award, Donnarumma kept three clean sheets and saved three penalties in the knock-out phase of the competition. Keylor Navas led the French league in save percentage in 2020/21 but for the first time in a long time, wasn’t the most eye-catching man between the sticks. Without him, however, the lopsided PSG defence would have conceded many more in 2020/21. “Keylor is one of the best goalies in the world,” said his manager Mauricio Pochettino. “I’m very happy he’s with us.” His outstanding form wasn’t enough to prevent the signing of Donnarumma, though Keylor’s advancing years – he’ll turn 35 in 2021 – and not his quality is the main motivator there. Mike Maignan was the best goalkeeper in Ligue 1 last season, the 26-year-old achieving a ridiculous 21 clean sheets for Lille, one short of the season record. His solid presence helped Lille to their first title in a decade and made him the hot goalkeeper in the summer transfer window. With Donnarumma on his way out of the door, AC Milan made their move in May, grabbing Maignan on a five-year deal. Like his Barcelona counterpart, Thibaut Courtois saw the players in front of him felled by injuries, with Sergio Ramos, Dani Carvajal and Fede Valverde all missing time. Unlike ter Stegen, however, that didn’t cause Courtois’ performances to suffer. His dominance at set pieces and his use of his 6ft 7in frame to stop shots were a bright spot in Real Madrid’s second-place finish in La Liga. The original sweeper keeper, Manuel Neuer padded his trophy room with more accolades and silverware in his 15th top-flight season. The 35-year-old was instrumental as Bayern won September’s 2020 UEFA Super Cup and the German Super Cup and was awarded FIFA’s Best Goalkeeper award in December. A ninth straight Bundesliga title and a DFL-Supercup win followed for Neuer, who passed German legend Oliver Kahn for the most clean sheets in Bundesliga history in January. Bayern’s defence kept him busy last season, though he still conceded fewer goals than expected. The perfect goalkeeper for the Pep Guardiola system, Ederson’s ability to start attacks from City’s own box is at a different level to the rest of the world’s goalkeepers. Blessed with lightning reflexes, his shot-stopping and ground coverage are up there with the best. His performance was comparable with his 2018/19 stats, coincidentally the last time the Sky Blues won the Premier League. It’s not often a goalkeeper’s season is better remembered for a goal than a save, but Alisson’s late late header from Trent Alexander-Arnold’s corner against West Brom kept Liverpool’s dream of a last-minute Champions League qualification alive. It was the highlight of what was a difficult season for the player who lost his dad during lockdown and was unable to fly home due to coronavirus restrictions. On the field, his late-season clean sheets helped the Reds secure third place despite the casualty list in the middle of defence. He conceded an impressive 5.9 goals fewer than expected. The Slovenian stopper helped Atletico to a La Liga-low 25 goals conceded in 2020/21 as Diego Simeone’s side clinched their first title since 2013/14. His 18 clean sheets led all La Liga goalkeepers and his 0.66 goals conceded per appearance saw him awarded the Ricardo Zamora Trophy for an incredible fifth time in six years, making him La Liga’s most decorated non-Spanish goalkeeper. At just 28, the best in the world may be yet to hit his prime. Incredibly, he conceded 6.8 goals fewer than expected last season. Immense. 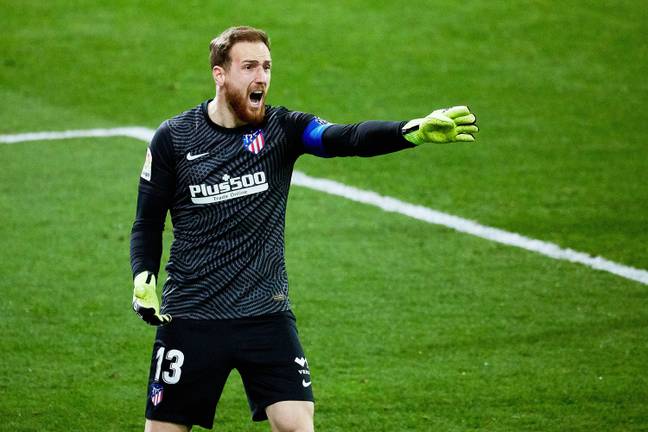